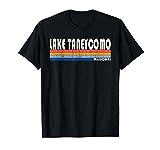 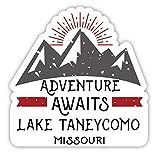 The authority on Lake Taneycomo fishing reports is Ozarks Anglers. It is operated by Lilley’s Landing Resort & Marina. These guys fish each and every day.

This is a man-made ‘reservoir’, more like a flooded river, in the Missouri Ozarks in Taney County, Missouri. It gets it’s name from this location: Taney – COunty – Missouri (MO). Lake Taneycomo was created when the White River was dammed with the completion of Powersite Dam in Forsyth, Missouri in 1913.

Get simple emails that show recent water temperature readings for all lakes on AnglerSpy.com! No junk, just temps.

We provide current lake water temperatures for inland lakes & reservoirs in the United States, as well as for select coastal areas of the Gulf of Mexico. Some data is our own, some from public sources such as USGS or NOAA. Lake elevation data is typically pulled from USACE.